Craiglist has become a virtual one-stop shop for people on the hunt for unique bargains and necessities. People can find listings for cars, apartment rentals, electronics, clothing, and much more just by using this site. In fact, the website continuously sees new listings for new and even unusual items up for sale each day. One of the most unusual and even questionable things for sale now on Craigslist is positive pregnancy tests. When women want to mislead others into believing that they are pregnant, they can begin their ruse by purchasing positive pregnancy tests on this website.

In fact, ads for these positive tests come from all over the country. A woman who wants to purchase one can respond to a listing and have the positive test sent to her in the mail. Some people who sell these tests indicate the brand and even how well the results can be read. Some women who are on the lookout for positive test strips prefer to buy brands that are reputable and well-known, such as EPT Pregnancy Test, First Response Pregnancy Test, or Clearblue Easy Pregnancy Test.

As with anything purchased on Craiglist, however, people who want to purchase positive pregnancy tests often find that they themselves are taken in by a ruse. Some sellers have been known to take people’s money without delivering the product. Others use their listings as bait to meet with unsuspecting buyers and then rob them of their valuables like their purses, wallets, and cell phones. Even legitimate sellers should be approached with caution. Given the fact that these women are willing to let other people pass off these strips as their own, buyers may question how confidential the transaction will be and whether or not their purchase will later be published online through websites like Facebook or Twitter. 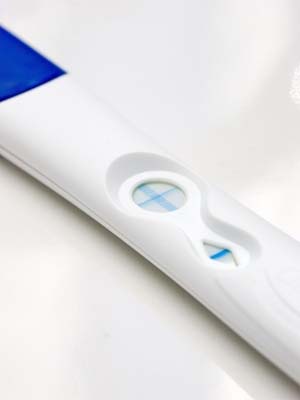 Selling positive pregnancy tests online strikes many people as odd, if not outright perplexing. However, women who do sell their tests often do so purely for financial reasons. In fact, it can be argued that these individuals have tapped into a devious, albeit financially lucrative market that until recently was not at all well served. It is little secret that many couples today struggle to stay together or even find much in common with their romantic partners. Some women are desperate to salvage their relationships at all costs and believe that having a child will keep their partners with them permanently. They may view buying a positive pregnancy test on Craigslist as the incentive they need to keep their partner interested and in the relationship until they can get pregnant in real life. As such, many women on the hunt for these tests often are willing to pay premium prices in exchange for strips that have positive results on them.

Given these facts, sellers are often willing to go along with the ruse simply because they can make a lot of money doing so. A pregnant woman can continue taking and selling tests for several months into her pregnancy, in fact. If she wants to make some easy money that she can use for herself or her unborn child, she may view selling her positive test strips as the simplest and most lucrative opportunity available to her.

Many women who sell their tests online also stipulate in their ads that they do not need nor car about the reasons for why a buyer wants the positive test strips. They entice buyers by suggesting that they can use these strips to fool a boyfriend or play a prank on their parents. With that, sellers understand that they can make the most money possible through the transaction without being party to something that may or may not be illegal, if not entirely unethical.

The Dangers Of Selling Pregnancy Tests On Craigslist

While no official laws exist prohibiting the sale of positive pregnancy tests on Craigslist, sellers are still advised to proceed with caution. In fact, just as buyers should beware when purchasing such items online, so should sellers use the same amount of care and scrutiny. Craigslist has little control over how well these transactions go or even if the buyer will follow through with the sale in a safe and objective manner. With that, women who are selling their positive tests online should be aware of some of the dangers that could come with the sale.

For example, a person who is intent on buying a positive pregnancy test may go further and begin to stalk the expectant seller. News stories frequently report on pregnant women who have been kidnapped and killed by other women who want to steal their babies. Women who were lured into trusting people online have been brutally murdered and had their unborn babies cut from their wombs. As such, a woman who is intent on selling her positive test strips on this site should consider how much personal information she should safely disclose about herself and even have a trusted friend or relative accompany her if she plans on delivering the test strip to the buyer in person. She may also be convinced to mail the test strip to the person who wants to buy it.

Even if the person mails the strip to the buyer, dangers could still exist. If the buyer becomes unhappy with the sale for some reason or the ruse does not carry out as expected, he or she may want repercussion in some form from the woman who sold the test. With that, a seller should avoid putting a return address on the package and also avoid giving out her cell phone number, address, and email information on Craigslist. The site allows sellers to use a generic contact email address for their safety, in fact. Taking these precautions could help sellers avoid angry and hostile buyers who did not get the results they wanted with the sale. Buyers will not be able to contact them at home or stalk them online through social media sites like Facebook or Twitter.